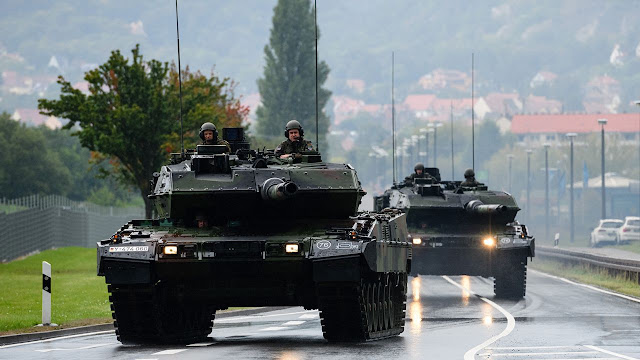 Those hoping that main battle tanks donated by NATO allies to Ukraine will have an immediate impact in its war with Russia may have to adjust their expectations. After confirming it will receive deliveries of the American M-1 Abrams, German Leopards and British Challengers, Kyiv is now confronted with the logistical and operational realities of incorporating an assortment of vastly different and complex heavy armor into effective fighting units. But first, the Ukrainians must factor in the time line for delivery. Even the most optimistic estimates say it will take months for the tanks to enter the battlefield in numbers to make a big difference, while in the case of Abrams tanks it could be more than a year before Ukraine is able to deploy them. Deputy Pentagon press secretary Sabrina Singh said Thursday that the United States would provide Ukraine with an advanced version of the Abrams, the M1A2. The US does not “have these tanks available in excess in our US stocks,” she said, adding
Baca selengkapnya

Here's why Soledar is important to Russia 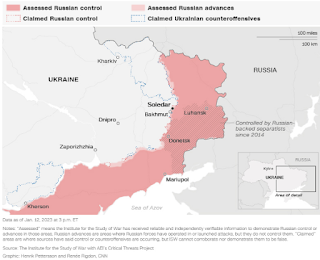 Russia said Friday its forces had captured Soledar, a salt mine town in eastern Ukraine, in what would represent a symbolic if not strategic victory for Moscow after months of setbacks on the battlefield. However, Kyiv refuted the claim. Taking Soledar would also represent a symbolic PR win for the man who runs Wagner – oligarch Yevgeny Prigozhin, who has frequently criticized the Russian Defense Ministry’s management of the “Special Military Operation” in Ukraine. Where is Soledar: The small lies at the center of the Donbas region, the vast expanse of eastern Ukraine whose capture Russia has prized above all other regions since last summer. Indeed, Moscow regards it as Russian territory since claiming (illegally) that it had annexed all of Donetsk region – including the approximately 40% that lies outside Russian control. It is just a few miles northeast of the larger city of Bakhmut, which has become perhaps the most contested and kinetic part of the 1,300-kilometer (800 mile) front
Baca selengkapnya